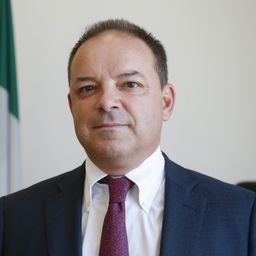 Member of the Board of the Italian Data Protection Supervisory Authority

Guido Scorza is member of the Board of the Italian Authority for the protection of personal data (“Il Garante”) lawyer and founding partner of the E-Lex Law Firm who left “Il Garante” when he took office.

He was Legal Advisor to the Minister for Innovation and is the Representative of the Italian Government at the GAC – Government Advisory Board of ICANN as well as a member of the policy subgroup of the ad hoc Committee on Artificial Intelligence regulation of the Council of Europe. He was a member of the mission structure for the digital agenda of the Presidency of the Council of Ministers [June 2013-February 2014] as well as responsible for national and European regulatory affairs of the Digital Team of the Presidency of the Council of Ministers. He is in charge of the module on IT contracts and adjunct professor at the Master of legal informatics and IT law of the University of Bologna from the academic year 2001/2 and of the privacy module in electronic communications as well as adjunct professor at the Master in Privacy from the University of Roma Tre from the 2016/7 academic year. He has been an adjunct professor of law and management of digital administration at the European University of Rome from the 2018-2019 academic year. He lectures on privacy, law and new technologies at other universities and training institutions and intervenes as a speaker at numerous seminars, conferences and conventions in Italy and abroad. He is a freelance journalist, publishes and has published articles and posts, among others, on Il Fatto Quotidiano, La Repubblica, Il Corriere delle Comunicazioni, Agenda Digitale, L’Espresso, Wired, Mashable and numerous other periodicals on issues related to privacy, property intellectual, law and innovation policy. He is the author of several books,  most recently, “Processi al futuro” Egea Editrice, “Intelligenza Artificiale, l’impatto sulle nostre vite e sulle libertà” per Mondadori con Alessandro Longo.